FRED VAN DYKE —
“Someone ought to do a psychological profile of that La Jolla group. Great guys, but totally out of control.”

CARL EKSTROM —
“All of us were pretty impulsive. We never thought that far ahead. You just did things and never thought about what would happen or consequences or anything.”

MIKE DIFFENDERFER —
“There was a sly trick that people would pull back then and Butch put it over on Wayne Land once. I guess Wayne borrowed some money from him to go drinking and Butch went along. So of course, true to the WindanSea spirit, Wayne starts buying Butch beer and thirty or so beers later Wayne is broke again and still owing Butch money.”

BILLY GRAHAM —
“Wayne Land was fixing the transmission on his car in the WindanSea parking lot. Pretty soon we hear him say from under the hood ‘Where’s the bolt?!’ We’re all, of course, silent. He looks at me and Carl and says ‘Somebody came and took a very important bolt!’ He couldn’t do shit and he was just going crazy. To add to his stress the police came out and told him that he had twenty minutes to get the car together and out of there. He goes ‘Gaaahhh!’ and went away looking to find the bolt as fast as he could. While he was away we took a bunch of newspapers that were in his car and crunched them up into big balls so that the whole interior was filled with them.

Wayne was coming back at about this time and as he was approaching somebody struck a match and tossed it in. It was almost like one of those slow motion sequences that you see in a movie when something horrible is about to happen. Like the match slowly ignites the paper and Wayne is running slo-mo down the street towards his car, like ‘NNNNOOOOOOooooo…!’ Then regular speed as he digs in and starts throwing flaming papers over his shoulder as fast as he can trying to save his car. I swear, it was really something to see.”

WOODY EKSTROM —
“Wayne had asthma and whenever he got excited it made it hard for him to breathe. He had this girlfriend and she was a little devil who took full advantage of his condition. Whenever she would get pissed off at him she would intentionally get him all excited or upset so he couldn’t breathe.”

CARL EKSTROM —
“Ronald Patterson had this thing going where whenever he’d see Cliff Johnson he’d punch him. No words or anything, just “Pow.” Cliff had a glass jaw so he always got knocked out cold whenever Ronald hit him.” 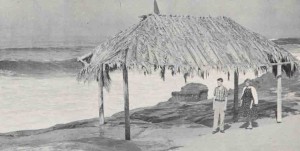 BILLY GRAHAM —
“Ronald and I were working on a car and he had one of those blowers that had a straight nozzle and could blow a couple hundred pounds of pressure. At one point I was bent over in front of him and he decided to inflate me with it. When I wasn’t looking he stuck it in my ass and let it go. I rolled off the fender and just folded it hurt so bad. I shit BBs for awhile.”

CARL EKSTROM—
“Everything was ‘I bet you can’t.’ Constant dares. Tiny Brain Thomas once made the statement that he’d never had a milk shake that he didn’t like. So Wayne Land says ‘I bet I can make you a milk shake you don’t like.’ The rest of us would cringe cuz we knew what was coming. Wayne would mix stuff in there that would make a normal person sick; just horrible stuff. Tiny would drink it and pretend he really liked it. ‘I think I’ll have another one,’ etc.”

CHUCK HASLEY —
“Tiny Brain and Butch used to get into contests of who could make a drink that the other guy wouldn’t or couldn’t drink. I won’t tell you what used to go into those drinks, but it always ended up a draw because neither one would concede defeat.

Tiny Brain used to do unbelievable stuff. If you promised to buy him a bottle of beer he would eat light bulbs, bottle caps, anything. He would take off his shirt, get into his trunks and roll around in a pile of fiberglass shavings as if it were snow. That’s itchy stuff, but it never bothered him. His nickname sort of gave him a perfect reason to do crazy things like that. That’s kinda how he came onto the scene.”

MIKE DIFFENDERFER —
“Some guys would act dumber than they really were and that gave them an excuse to be more outrageous than they’d normally be. Tiny Brain and Butch were both like that. Tiny had more harebrained schemes; he’d get an idea into his head and just go with it. Like the time he made Dean Perry into a hood ornament. He painted him all silver, put him in a jockstrap and drove all through Mission Beach. They were quite a pair.

Dean drove his old ’53 Chevy down Westbourne St. and stepped out with roller skates on. The car launched off the bluff and landed just to the right of the shack while Dean skated around the corner.”

CHUCK HASLEY—
“One day on a really low tide Tiny Brain was sitting in Billy Graham’s car down at WindanSea. The waves, in his opinion, weren’t quite breaking right on the lefts. He was arguing that he could drive that car out over the reef and into the shore break and then a sandbar would form around the car and it would get the left going. We all went ‘Ah, bullshit!’ and were arguing with him and stuff, so he puts the car into gear and just buries it in the shore break.

Now Graham was up at the store and had no idea that all this was going on. Tiny says ‘Well, he’ll be pissed off at first but when he sees the way that wave starts breaking he’ll forget all about it.’ We say ‘He’s not going to forget all about it. You just buried his car in the shore break.’ Nobody could believe it. As usual the cops show up and tell Tiny that he’s got exactly one hour to get the car out of there. Then Tiny’s running around collecting money from everyone so he could get the car towed out of there and not go to jail or get killed by Graham. He managed to get the money and got the car out. Actually, he ended up getting a lot more money than he needed, so then the party starts.”

BILLY GRAHAM —
“You couldn’t relax your guard for one minute at WindanSea. The minute you did they got ya. One summer this craze with throwing eggs at each other got started. If you’ve ever been hit with an egg you know that it hurts like a bitch. You’d be walking along the sidewalk or crossing a street and a car would pull up. Next thing you knew a bunch of guys you knew would jump out and start nailing you with eggs. Or you would be driving your car and someone would pull up next to you at an intersection and PIFF! PIFF! PIFF! all over your windshield and hood. And it got worse.

Wayne Land was the one who would pee in bottles and go ‘Here, have a beer!’ He did that a lot so finally one day I said to myself ‘You know what? I’m not doing this shit anymore,’ so I got some douche powder and I put it in his Coca-Cola. He rolled around in bed all day in total agony, going ‘Oooohhhhh!’ I thought I might have killed him. I mean nobody was safe that summer.” 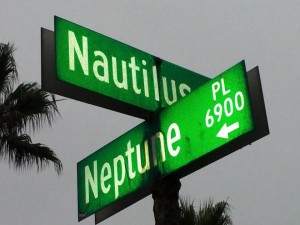 DICK MOBLEY —
“We were going up to John Petit’s house to get something to eat once. Billy Graham sees us driving away and says ‘Where ya going?’ and we tell him where. ‘Bring me back a sandwich!’ ‘OK!’ So we drove up and made him a shit sandwich. I don’t remember who or what supplied that shit, but we put it in the bread with lettuce, mayo and everything. It looked great.

We bring it down to Graham and hand it to him through the car window. He takes the sandwich, unwraps it and opens his mouth for a big bite. Suddenly his upper lip begins to curl and his eyes start to bug out as he realizes what he’s about to bite into. We were already starting to drive away at this point. Graham was about the toughest guy at WindanSea and we knew we had better get out of there fast.”

BILLY GRAHAM —
“I threw that fucking thing at them as they sped off. I swear, if I would have bit into that sandwich there would have been death that day. I would have killed them both. But I’ll take care of business. Mobley and Petit will never see it coming either. Time is on my side. Revenge will be sweet.”

BILLY GRAHAM —
“Wayne Land and Steve Gray are the ones who started “Car Fights”. Steve had a nice black ’47 Chevy that he pulled up into the parking lot with one day. Well Wayne decided to jump on the hood of it and just caved the whole thing in. Steve very calmly got back into his car, reversed it and just drove right through Wayne’s car. That was the shot heard ‘round the parking lot. You could literally see a “click” in everyone’s eyes, like ‘Hey, there’s an idea…’

I remember standing in the lot and seeing a car filled with the Patterson brothers slowly inching down Nautilus Street, which is on a small hill. The car would peek around the corner just far enough so they could see who was there in the parking lot and then reverse back up real quick before they were spotted. Then down again, then up again, trying to time it just right. Some poor sucker would finally get into his car and the Pattersons would come screeching around the corner and then BANG!

That’s the way it went. You’d be sitting there in your car in the parking lot and all of a sudden you’d catch sight of a car coming up behind you and it would be like ‘Oh shit!’ You’d just slink down into the seat, grit your teeth and hold onto the wheel, cuz you were about to get broadsided. That’s why nobody really parked there in the lot but us.

I had a ’41 Ford that I was lightweight champ with cuz it sat real high. Snowman had one of those ’48 Buicks with the three portholes on the side, a heavyweight. NOBODY played with that car. That car ate you.”